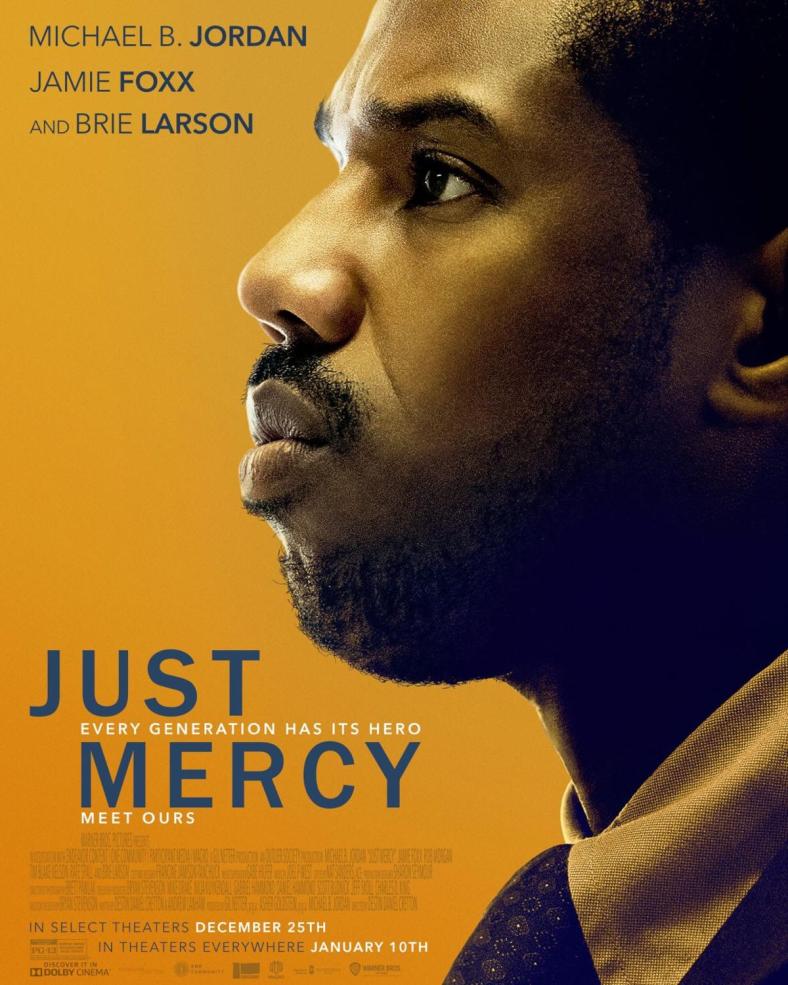 Let me be clear… Just Mercy is a hard and emotionally draining movie to watch. And it needs to be seen. This film tells the true story of a civil-rights attorney, Bryan Stevenson (Michael B Jordan), who works to defend wrongfully convicted death-row inmate Walter McMillian (Jamie Foxx).

In this deeply affecting movie, the repressed and palpable fury that Bryan Stevenson feels sits uneasy with me. Jordan portrays the complexities of emotion in a stirring and emotive way. Stevenson conducts himself professionally at all times, even when the behavior he endures made me want to scream.  My indignation and anger at Stevenson’s mistreatment pales in comparison to the outrage at the injustices that are perpetrated against his clients. This film is honest and frank about sharp truths, and it had an impact on me.

In the United States, we proclaim, “Liberty and justice for all,” but this movie shines light on the harsh reality of systemic injustice. Our system is broken: for every nine people executed by the state since 1973, one person has been exonerated and released. It is an untenable rate of error. I felt uncomfortable after watching this movie and investigating further. However, I think it is important not to shy away from that response.

Sit in that discomfort.

During the month of June, Warner Bros. has made Just Mercy free to watch through a variety of digital movie services in the US, including Amazon Prime Video, Apple TV, FandangoNow, Google Play, Microsoft, the PlayStation Store, Redbox, Vudu,  and YouTube.

Just Mercy is rated PG-13 for thematic content including some racial epithets.

Kimberly is a DIY Instructor and Research Specialist at HCLS Elkridge Branch.  She enjoys reading, photography, crafting, and baking.