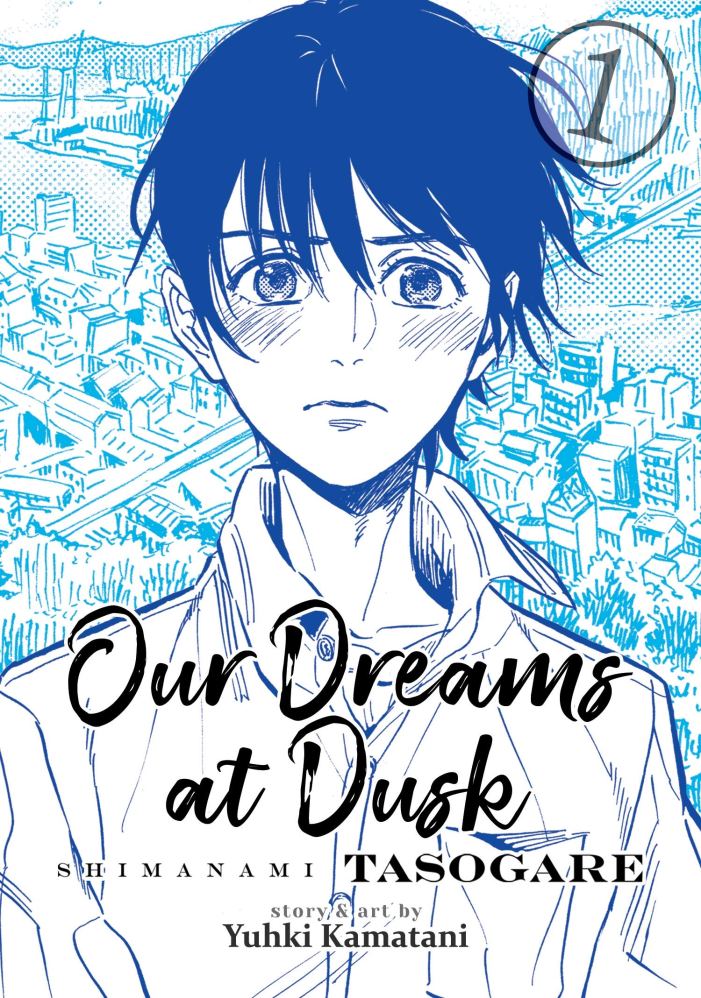 Reading a multi-book series can be a bittersweet thing. On one hand, you get to spend more time in the world of the story, more time with the characters, seeing them grow and change with each volume. On the other hand, even the best series must ultimately end, or risk devolving into endless sequels with lesser and lesser impact. How does an author balance continuing a story versus ending it?

In the world of graphic novels, this is an eternal problem. For superhero comics, authors and illustrators can swap in and out, resulting in entirely different styles – sometimes, Batman is a gritty noir detective, and other times, he’s an ultra-genius rubbing elbows with omnipotent aliens. For manga, authors don’t often get replaced, but over the course of a long series, the authors themselves change, for better and for worse. Compare the first volume of Bleach with the sixtieth, and you’ll see an incredible difference in visual and narrative style. It can be jarring, particularly if you’re reading it after years (or decades) of publication.

This is why a short series can pack more impact in a few volumes. Our Dreams at Dusk is a perfect example. The author, Yuhki Kamatami, wrote twenty-three chapters, which are collected into a mere four volumes. You can hold the entirety of the tale in your hands.

And it is a tale to read, one that I didn’t want to end. Tasuku Kamane is a teen, hiding his sexual identity from his family and peers. He’s gay, and he loves his table tennis clubmate, Toma – but he can’t say anything, he can’t be himself. When his classmates discover some gay erotica on his phone, he’s driven to self-harm and worse. But at that darkest point, he meets Someone.

Someone is a person who refuses to be identified, or even really known. At the top of the town’s highest point, they appear like a spirit to Tasuku, talking to him with a quizzical honesty. They guide him to the Drop-in Center, a local hang-out spot for LGBTQ+ people, those who can’t really be themselves out in the town. It is an oasis for Tasuku, exactly what he needed at the moment he needed it.

Haruko and Saki are a lesbian couple who haven’t made their relationship public to their families, but at the Drop-in Center, they can be together with a degree of comfort. Tchaiko is an older gentleman, who makes fine coffee and plays Tchaikovsky for the group, but quietly hides his long-term relationship with his partner. And over time, we meet Shuji, a middle schooler who is wrestling with how to identify, and others, all seeking some zone in which they can be accepted.

It is not a wholly happy tale. Tasuku and the others don’t always find acceptance among their family and friends – or even each other, at times. Feelings are stepped on, and feelings are crushed. Tasuku himself even hurts others, in his growing understanding of gender, resulting in some chapters that were incredibly hard to read.

But by the end of the fourth volume, people have changed, mostly for the better. We see a small slice of each character’s journey, which will assuredly continue after closing the book. I put off reading the final volume for months, not wanting the story to end – partly because I didn’t want to discover an unhappy ending for anyone, and partly because I didn’t want it to be over. But it ends as best it can, and for that, I am grateful. Even Someone has their mystery revealed (but not the whole of it, just as they’d prefer).

There is a certain aspect of Our Dreams at Dusk that feels like checking off the boxes of the LGBTQ+ experience, ensuring the story represents some major facets of gender and sexual identity. On one hand, it can seem a bit forced, but on the other hand, I wasn’t thinking about that at all – the art carried me along, finding ways to say what words couldn’t. This is the sort of illustration that captures youth and longing, commitment and family, those experiences that are universal and those that are entirely specific to one human being. The art is sometimes fragile, and sometimes harsh, but it always finds a way to visually speak to the interior experience, in that way only masterpieces of graphic novels do.

Our Dreams at Dusk is an LGBTQ+ story, but to sell it as only that wouldn’t be right. It’s a coming of age story, and a love story, and a mystery, with comedy and tragedy laced throughout. I’ve not read anything else quite like it in manga. Its handling of its characters and LGBTQ+ issues, particularly from a Japanese perspective, are unique, and all of this is built upon an amazing art style that shows off what this medium can do.

I can’t recommend it enough – to readers of manga, of LGBTQ+ fiction, and of quality books of any stripe. Plus, as I said, it’s only four volumes! So if you’re a tad nervous about reading a graphic novel series for the first time, this is a great one to start with, if you can handle a bit of heartache along the way.

Our Dreams at Dusk by Yuhki Kamatani is available in print from HCLS.

Khaleel has worked at the Miller Branch since 2015, though he’s been back and forth between HCLS and high school, college, and graduate school since 2003.