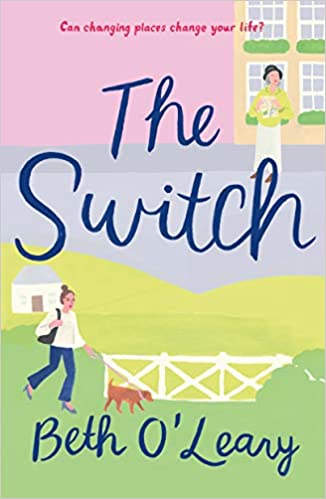 This is the third year I’ve participated in The Ridiculous Reading Challenge, an activity co-organized by some good friends of mine in which they combine the annual reading challenges set by several publications into one spreadsheet full of categories to inspire participants to stretch our reading habits. For 2021, there are 117 different categories. Wish me luck in managing a unique book for each of them!

When one of the friends who runs the Ridiculous Reading Challenge mentioned enjoying The Switch, by Beth O’Leary, I was excited to note that it took place at least partly in Yorkshire. With family and friends living there, as well as it being a beautiful place, I knew it would be a perfect fit for the category of “a book set somewhere you’d like to visit in 2021.” Yorkshire is definitely the top of my list for where I want to visit when it’s safe for my family to do so. What I didn’t know when my friend shared the book was how much I would love the story.

The Switch tells the tale of two Eileen Cottons – a grandmother and her granddaughter, who goes by Leena – both feeling a bit stuck in their lives. They’ve struggled since the loss of Carla, Leena’s sister and Eileen’s other granddaughter. After a panic attack at work, Leena is given a mandatory two-month vacation from her job as a business consultant. At loose ends about what to do with that time when she should be finding her way back to herself, she ends up suggesting that she and her grandmother swap lives for two months. Eileen makes her way down to London for the adventure she didn’t get the chance to have in her youth, and Leena heads north to Yorkshire to slow down and take over the responsibilities Eileen has in her small village. Neither woman has quite the experience she expected, but both learn quite a lot about themselves and the people around them during their sojourns. With a cast of lively supporting characters, it is a joy to follow Eileen and Leena on their journeys. The book made me chuckle and choke up in turn, and I’m so glad to have read it. I hope you will be too.

Eliana is a Children’s Instructor and Research Specialist at HCLS Elkridge Branch. She loves reading, even if she’s slow at it, and especially enjoys helping people find books that make them light up. She also loves being outside and spending time with friends and family (when it’s safe). 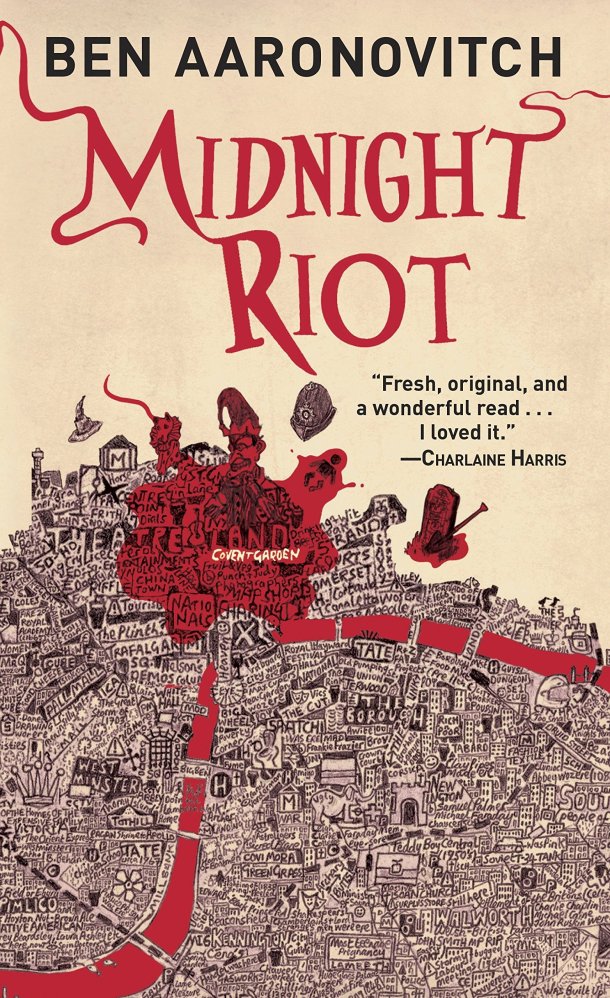 Reviewed by Kristen B.

This fast paced police procedural, set in modern London, comes with a twist. Peter Grant’s only goal in life is to be promoted from probationary constable to detective in London’s Metropolitan Police. His plans seem to be thwarted at every turn, and he is sure he will be marking time in a records unit when he gets his first big break: an eyewitness to a murder. The big problem occurs when Peter realizes that said witness is a ghost. Grant then learns about an entire other kind of investigating as he becomes the apprentice to DCI Thomas Nightingale, who investigates uncanny and potentially magical crimes.

Midnight Riot takes you on a fantastic wild ride through London’s neighborhoods and immediate countryside, with Peter Grant as your point of view both to familiar London and to unfamiliar magic. I love Peter to pieces, with his modern take on life, an old-fashioned wish to serve, and perhaps even a mild case of ADD. I learned a bit of modern British slang (some of which I had to look up) and some ancient history about the geography of the River Thames.

If you love to watch Supernatural or enjoy any sort of magical realism, this is the first installment in an established series of books. If you happen to see it listed as Rivers of London, that’s how it was originally published in England. No matter how you find it, it’s a terrific, fun read. You can find it as an eAudiobook via RB Digital.

Books on Tap will be discussing Midnight Riot on Wednesday, June 3 at 6 pm via an online meeting. If you’d like to join us, please register and a WebEx invitation will be sent to you. Many other book discussion groups are also offering online discussions, please join one that suits your reading tastes and schedule!

Kristen B. has worked for HCLS for more than 15 years, and currently hosts Books on Tap discussion group at Hysteria Brewing Company. She loves reading, Orioles baseball, and baking.