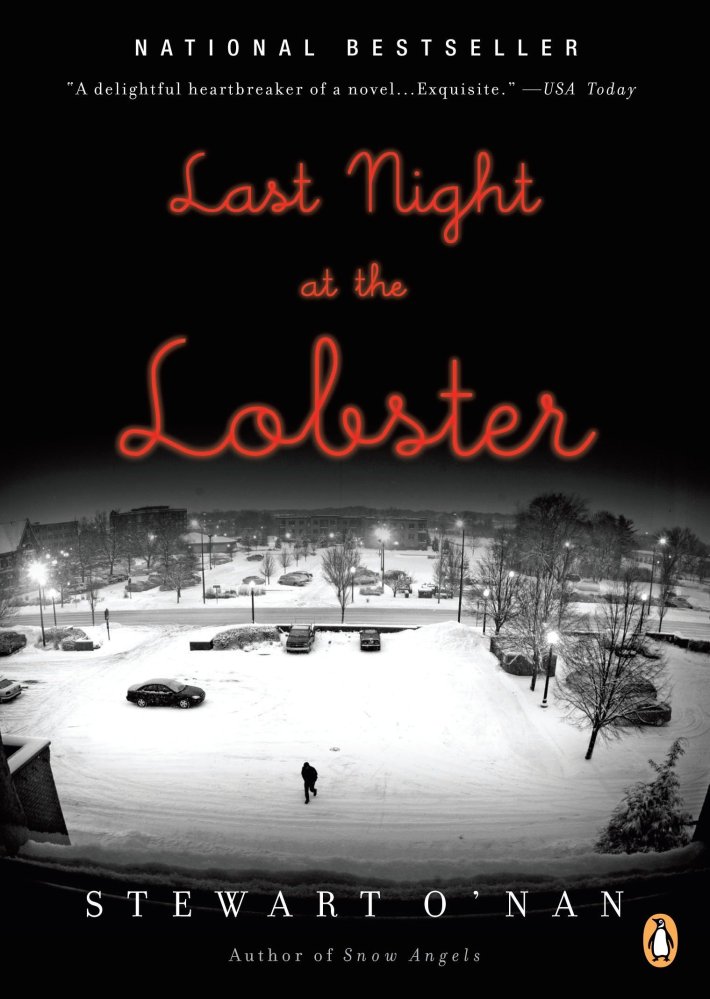 No one would understand more about the restaurant layoffs and closures of the 2020 pandemic than Manny DeLeon, the heart beat of Stewart O’Nan’s touching ode to America’s working poor, Last Night At The Lobster. I love anything by Stewart O’Nan, but this tiny, haunting novel – about the lives of a small, fractious kitchen staff, roasting, chopping, grilling, and frying for one last paycheck will stay with readers a long time.

It’s nearly Christmas, snowing hard, and all is bright – except at a run-down chain restaurant about to serve its last Seaside Shrimp Trio forever. O’Nan’s creation of Manny as the weed-smoking young kitchen manager who has impregnated two girlfriends (one of whom, he still desperately loves) is a marvel as the story’s hero.

He arrives in his beat-up old Buick Regal (think Uncle Buck) for his last long, grueling shift with two missions: rally the troops, including prep and line cook, sous chef and server, all the time praying the irascible guy who busts suds shows up at all. His other mission: get over to Zales and buy an engagement ring. I won’t tell you for whom.

As it turns out most of the Lobster’s staff does not come in, but a ragtag few, guided by pride and what’s left of morale, do. In the ramping up blizzard, customers (none of whom know the restaurant is closing) blow in, both the regulars and the ones from hell.

Back in the kitchen, O’Nan captures the furious chaos of a diverse kitchen culture in action. They’re a close-knit group, all about to lose their jobs, and yet they endeavor to make this last bleak day a success. Even more poignant are the positively existential cigarette breaks – moments where exhausted staff, in their dirty aprons and spattered Doc Martens share their backstories. All of them have regrets. They’ve made mistakes and struggled most of their young lives to make ends meet.

O’Nan has written a tender tale respectful of an America we often take for granted. If you’re like me and are sick of fiction about the mindset of affluent characters that spend their stories brooding in settings like Paris, New York, or L.A., you’ll love Last Night At The Lobster.

Last Night at the Lobster is also available from HCLS in ebook format from Libby/OverDrive.

Aimee Z. is part of the adult research staff at HCLS East Columbia Branch. She lives on a lake with her two labs, Dixie and Belle, who enthusiastically approved the content of this review in exchange for a peanut butter and jelly biscuit.